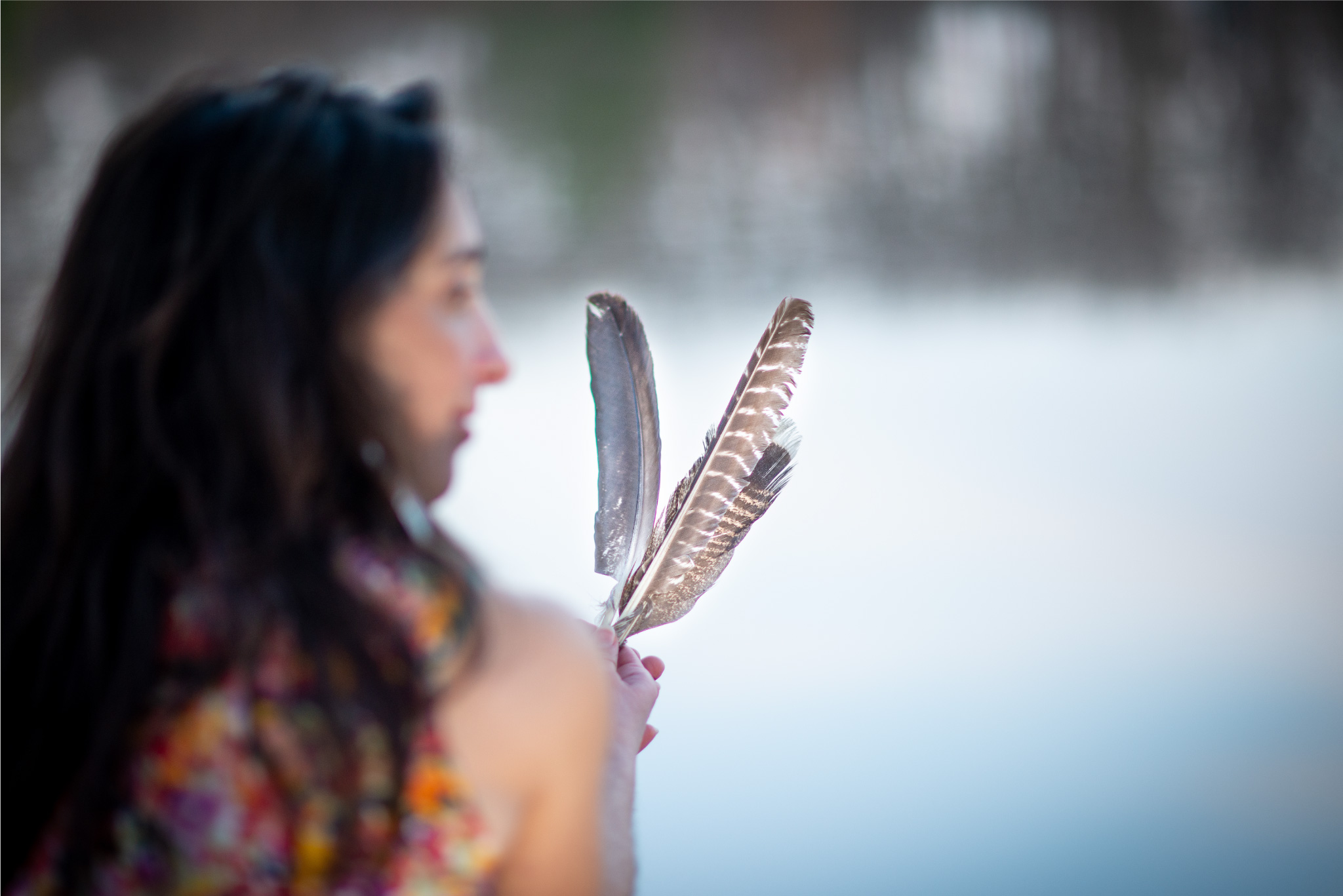 I entered the premises and had trouble finding the door in to this facility where aged people live out the rest of their lives.

I was there to teach a dance/movement class.

I had no idea what to expect.

There was a circle of armed chairs and one happy looking Italian woman with hair the color of golden straw and high cheek bones painted with rosy blush, who asked if she could sit in the circle.  She wanted to dance with me.  “Oh, thank God,” I thought, “At least ONE person wants to dance with me!”

I walked out to my car to get my other auxiliary plug, as the one in my boom box had seen it’s last days.

I wondered, “Was she, the golden one, the reason why I had come here?”  I couldn’t think of any other reason why I would be there.  Many of the residents did not want to dance or sit inside the circle (because I told them that’s where the dancers would be).  So why was I here?  Whose going to participate?  We’ll see.

I walked back in to adjust my speaker system and set everything up.

As I was about to start the class, one of the employees brought in 4 residents, who promptly took seats in the circle.  I was enthused and energized by the sudden influx of participants.  One man and woman sat right in front of the fireplace and pushed their seats back up against the ledge of the fireplace.  I said, “You may want some room behind your seats because we will use the backs to dance while standing up.”  The man said, “I don’t need anything to dance, she can stand up too without anything.”  So I said, smiling, “OK”, and started the class.

We began with Merengue.  When I first announced the name of the dance, the Golden Woman said, “Merrengay?” “I said yes, Merrangay ( doing my best to pronounce this with an English accent).”  She said, “Oh, I know how to dance that,” as she stood in front of her walked shifting her weight from foot to foot swaying her hips to the imaginary rhythm of the music.  I was pleasantly surprised.  “Alright,” I thought to myself, “She knows how to Merengue!”

Then I told them where the Merengue comes from, The Dominican Republic, and the man sitting in front of the fireplace stood up and said, “Yes, of course.  Do you know how it came to be, this dance?”  I said, “Yes,” but I didn’t know what he was going to say.  I have to be honest that I thought maybe he had dementia and was making things up.

He said, “The King or President of that place had a limp, so everyone started to walk like him and that is how the Merengue was invented,” and he started to show me the exact step with Latin body motion and everything.

OK, totally humbled, this guy had not “lost it”, he KNEW what he was talking about!  Whether the story was correct, this guy KNEW how to dance the Merengue!

So I turned on a very modern day version of Merengue, Don Miguelo’s “A Beber” featuring Moreno Negron, which has a very urban, hip-hop feel.  I could SENSE the energy rise in the room!

“Exciting!  These people are FEELING the music!  Wow!” I thought.

The man in front of the fireplace turned to his partner and asker her to dance.  I danced with the Golden Woman and others around the circle.  It was really fun.  I also noticed the man going around to dance with different women in the circle as well.

After 10 minutes, I wanted to switch to another style of dance.  I chose the Cha, cha, cha because that was very popular in the 50’s, the generation of most of the people in the room.

“We are going to dance a little Cha, cha, cha next.”  The Golden Woman looked at me happily, a huge smile spread across her rosy, cream colored face.

I turned towards the man in front of the fireplace, who asked me a peculiar question: one ONLY a dancer would ask,

“Which do you start on, the first or the second?”

He looked at me shaking his head up and down in agreement saying, “Good,” with a thumbs up.

I turned on the music and the man got up and invited me to dance with him.  I smiled and graciously took his hand. He KNEW how to dance the Cha, cha, cha, did he!  He was energized, confident and quick on his feet, agile even and his rhythm was on TIME, he was IN the music, and he led me through a couple different moves that I had NEVER done with men a 1/4 of his age on the dance floor.  This man could DANCE!

He twirled me around the smooth carpet, as we were Cha, cha, cha-ing to the beat.  He led me in the most FUN move ever with a little kick to the side and then a quick rhythmic, ba, ba, hold in the middle, back to the open break 2,3 before another kick and…Heaven, I was in Heaven.  We were all SMILING from ear to ear.  I was blown away, totally surprised.  He knocked my socks off!  Everyone gave an applause when we finished our dance together.  That was the HIGHLIGHT of the evening, one of many actually!  “What’s your name?”, I asked.  “Abram,” he said.  Hmmm…???

Throughout the rest of the 1/2 hour class, I kept asking Abram to showcase different moves and steps with me.  Looking a little shy or surprised, he would accept and get up to dance with me.  He knew how to dance salsa and I even taught him the basic Zouk Lambada step, which, when I was describing the difference in timing between the basic Zouk step and the Salsa step, he said, “Oh, you start on the down beat.”

This guy really knew his stuff.

At the end of the evening, I asked him for one more dance.  It was different from our first one.  I picked up on a subtle energy present there when we finished our last dance, as if it wasn’t totally finished or he wasn’t ready to be finished dancing.  Or maybe it was that perfect Cha, cha, cha, before, that great energy that I was wanting to feel again, but it felt somehow different now, not totally harmonious, a little off.

When the evening was over, the same attendant came by and gathered the four people he had ushered in only 30 minutes prior.  Abram got up and took his partners hand, lovingly, caringly.  She was jovial and sweet with a beautiful smile and long, wavy, full silver grey hair past her shoulders.

As they left, I gave him another hug and thanked him so much, “The pleasure was all mine,” he said, with a big smile on his face, “Really.”

I told him that was my favorite line and he laughed, a big grin on his face, as they walked away.

Before I left, I spoke with another attendant at the front desk who said, “Abram knows all those dances.  He used to be a professional or something.”

Wow, I was really touched.

I walked out of that nursing home transformed, transfixed.  I could see myself going back there to dance with Abram and his fellow residents again.

I found myself thinking thoughts like, “Oh my gosh, what if John dies and I come back to see him and he isn’t there anymore?”  Instantly, I felt a sadness come over my heart, a tightness in my throat and tears welling up in my eyes.  OK, Sarah, this is JUST a thought, but the feelings overwhelmed me and I was sobbing as I drove through the parking lot.

Abram and the residents there really touched me tonight.

Does it matter if I ever see Abram again?  What does that interaction mean to me?  It means that there is a LOT of love and light in this world and to always open my mind to possibilities.  I would have NEVER expected experiencing that tonight.  I didn’t even want to be there to be honest, though I made the commitment and stuck to it.

I am so happy that I did, for I experienced something as if from another time, another age, another era.  I am unsure of how this will transform me into the future.  I do know that I am moved by the experience.

*Abram is a fictitious name to protect the privacy of the individual.