…and then she got up to dance!

The downward pulse of the Merengue song that pumped out of the amplifier filled the yellowish community room of the senior citizen’s center on the east side of Buffalo.

I was introducing the participants to the Merengue dance from The Dominican Republic.  None had ever heard of it before.

As “A Beber” began to play, an urban Merengue with a powerful down beat by Don Miguel featuring Moreno Negron, I began to clap and asked the participants to clap with me.  With my back to the center of the circle, suddenly I heard a roar of voices and clapping.

I turned around to see a 96 year old woman up in the center of the circle dancing her heart out.

Step step, step step, she went, alternating two times in a row on each foot.

And then her hips began to move.

Faces agape with smiles and laughter, everyone cheered her on as she moved around the circle, lifting up her velour brown shirt at it’s hem and dancing with it as if it were a long, billowing skirt.

She’d stop and roll her hips in a circle and look tantalizingly at one of the surprised participants sitting in the circle.  Then she’d move on.

The movements I saw were well calculated: hip rolls, foot stomps, ticks (moving the hips around in a sharp manner from side, to front to other side to back), and gyrations.  I was completely in awe and filled with joy and questioning.

How did she learn how to dance like this?

What was the significance of reaching for the bottom of her shirt and dancing with it as if she were swishing a long skirt from side to side to show her feet?

And the hip rolls!  How did she learn to do that?  Was that “ok” in her day and age?

After a few more moments, she was tired and the activities director showed her to a seat.  A  paper cup full of water was quickly ushered over and the dancing queen gulped it down.

“That’s enough,” she said, and we kept on dancing.

Have you spent time with an elder in your life, in your community, today?

What would you learn if you reached out to a senior citizen in your community?

You never know what magic lies just below the surface.

And pass this along to a friend who may find it interesting too!

p.s. I wrote a blog about the benefits of working with elders here.  It’s life changing, I tell ya! 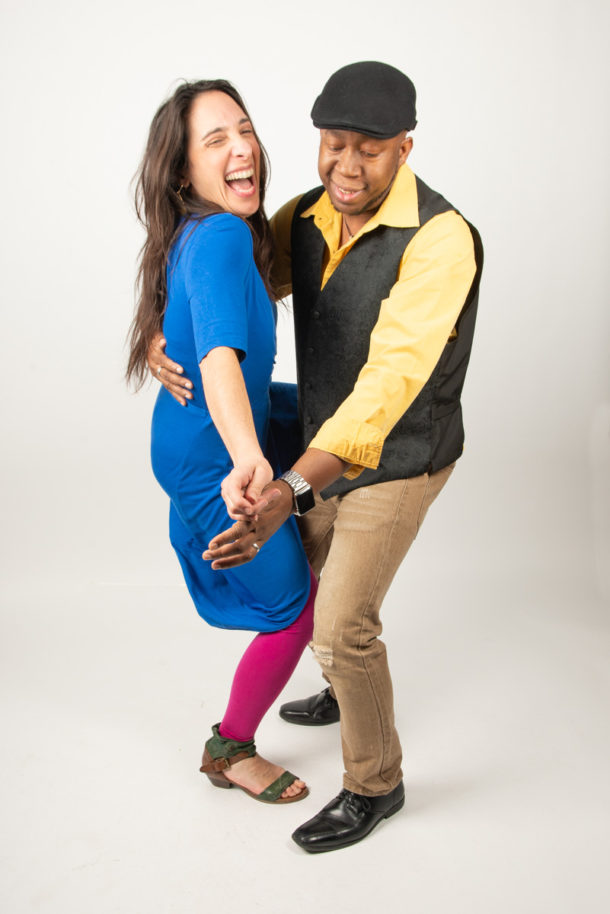 Join our email newsletter and be the first to hear about our dance events, classes and other cool stuff we're up to!
Enter your name and email and click
Sign Me Up!
Unsubscribe at any time.