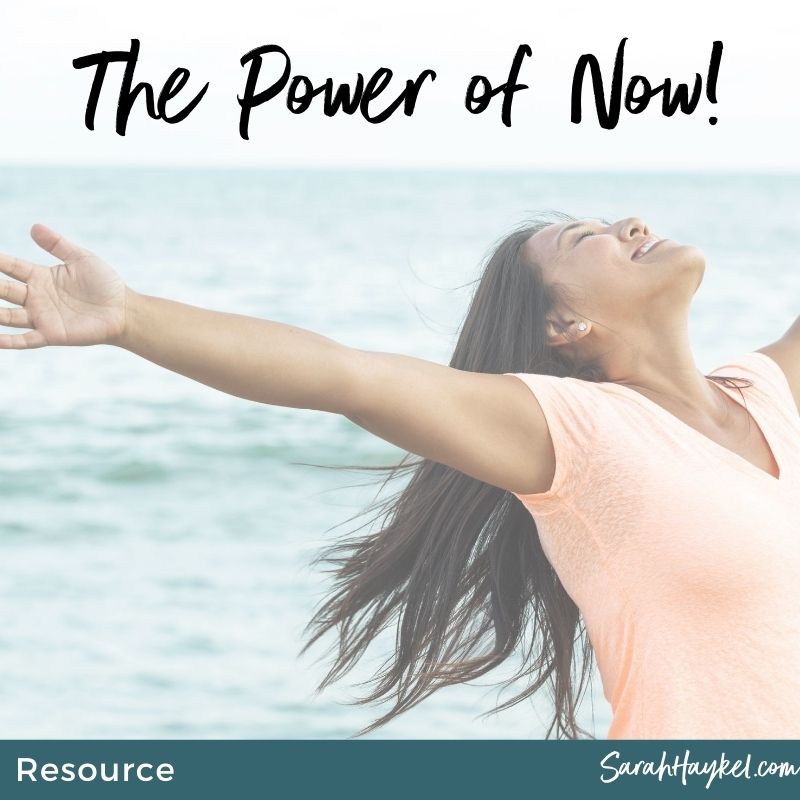 The Power of Now

This book came into my life around 2005. It was a time I desperately needed to hear it’s message (the Universe does work in mysterious ways!).

On Maui, having been recently married and started a new life, these troubling thoughts started going through my head. Never having had thoughts like this before, something must’ve triggered them, so I sought help.

EMDR therapy was introduced as an effective healing method of trauma in my life. And, oddly enough, I worked with a therapist on Maui who was a devotee of Neem Karoli Baba, also known as Maharaji-ji. Having been to the Omega Institute in 2001 and sat in satsang with Krishna Das, Ram Das and a bunch of other “Das brothers,” I’d heard of Neem Karoli Baba and the immense love his followers felt for him and his teachings.

In addition to therapy, around 2005-2006, I was introduced to Eckhart Tolle’s first book, The Power of Now. One of my dancing buddies was in a group that discussed The Power Of Now on a regular basis and he lent me a cassette tape box set of the book to listen to in the car. (Yes, there were still tape decks in cars at that time!).

The Power Of Now, and it’s teachings, changed my whole perspective on life, myself, and the thoughts that go through my head.

When I heard Eckhart say on one of the tapes, “You are not your thoughts,” I must’ve taken a huge sigh of relief because that meant I wasn’t f-ing crazy! (Thank GOD, I thought!)

The teachings of this book and the way Eckhart described them had such an impact on my development that I still talk about the things I learned from this book to this day, constantly sighting Eckhart’s work as I teach mindfulness and conscious awareness tools.

BTW, if you’d like a great mindfulness tool, click here to get the freebie 5-Day Mindfulness Challenge. It’s a process that Eckhart, and other teachers, inspired to help us all be in empowered choice in our daily lives.

Eckhart Tolle is one of the pivotal mindfulness and consciousness teachers in my life and in our generation! Check out this powerful, still totally relevant, introduction to being present in the moment, and the freedom this can create in your life!

p.s.  Check out our free 5-Day Mindfulness Challenge here.  It’s five simple mindfulness tools that will help you learn how to discern what you’re feeling and be able to make clearer, healthier choices!  CLICK HERE to get this freebie right now!

p.p.s. Want to learn more about how I work with people?  Check out my offerings here.