I Am A Part of And I Belong 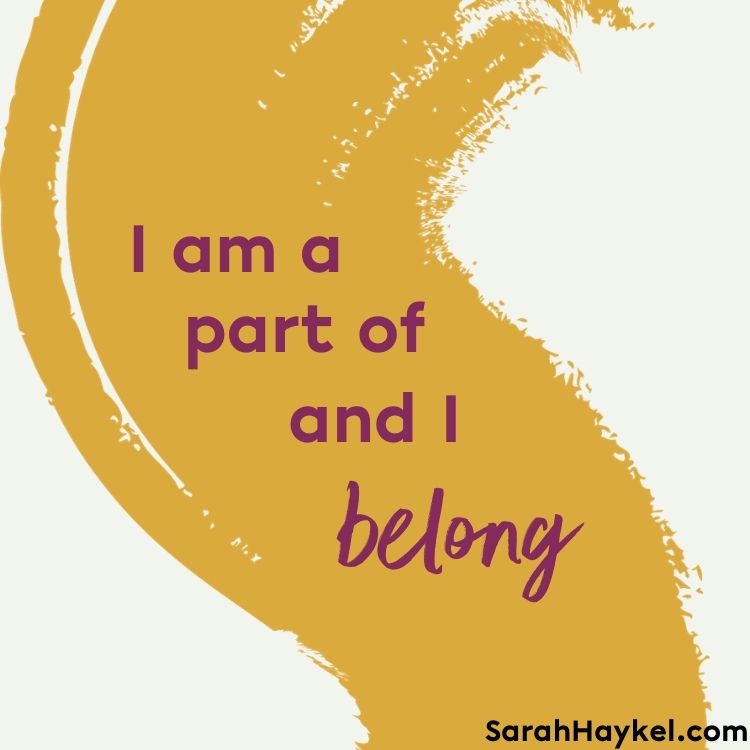 When in Cuba, for the second time in 2011, a life changing thought went through my head, unbeknownst to anyone but myself.

One afternoon, near the end of my stay, a group of Norwegians, Cuban dance instructors, family members and I went to celebrate our time together, at a house by the beach. Everyone was enjoying their time dancing, playing on the sand, and eating delicious food.

I, on the other hand, was feeling low, left out. My favorite dance instructor was there with his family, enjoying their time together, which meant that he wasn’t paying much attention to me.  We had a very special friendship and he was married, which I totally respected.  But, it still brought up feelings about being “left out” when he didn’t pay attention to me, nonetheless.

As I processed my feelings about this, throughout the day, trying to just have fun and enjoy myself, I ended up in the main room of the house, later that afternoon, watching him and his wife dance together. They were having so much fun, putting in the breakdance “top rock” steps I’d shown them earlier that summer.  Smiles beamed on their faces, and then their young son joined in.  They put him in between them so he could learn some of the salsa and breakdance steps they did together.

Suddenly, as I watched them, a new thought came into my head: “I am a part of their love.”

Taken aback, I’d never heard such a thought like this before. As I sat there, I thought about this phrase and allowed the insight to unfold in my mind. It was amazing, this insight, as if a gift from above or beyond that kept on giving, getting clearer and more in depth as time went on.

On the drive back to La Havana that evening, I sat quietly in the back seat contemplating this new “idea.” Looking out the window at the stormy, grey sky, new perspectives and beliefs began to crystalize inside my mind and heart.

This new belief has become a foundational belief in my psyche.  Although it’s taken some time to integrate into my being, it all started from this inspired thought that came into my head while in Cuba.

You know, sometimes in life I’ve felt like I have to come up with the good ideas, the new ideas, the best ideas!  But, what I’ve learned over the years, and it’s been confirmed by teachers such as Eckhart Tolle and Dr. Hew Len, is that “inspiration strikes when there’s an open space,” a quote from the song “It’s Who You Are” that came through me many years ago.

All I need to do is let go and allow Source, God, Higher Power to move through and inspire me!  It can be that simple!

How will you open up to receive inspiration from your Higher Power today or from Life itself?

What new beliefs surface in your mind, your heart, when you just let go and listen?  What do you hear that’s trying to come through?

What’s it like to open up to hear them?

Leave a comment below and begin this important conversation!  You never know what new thought is ready to come through that will change your life and perspective for the better.  Comment below.  I want to hear your thoughts on this new belief and some of yours!

p.s.  Check out our free 5-Day Mindfulness Challenge here.  It’s five simple mindfulness tools that will help you learn how to discern what you’re feeling and be able to make clearer, healthier choices!  CLICK HERE to get this freebie right now!

p.p.s. Need more resources?  Head over to the coaching page for ways you can continue your healing journey.