In the Wake of Adversity – Movement to the Rescue, by Paola Blanton 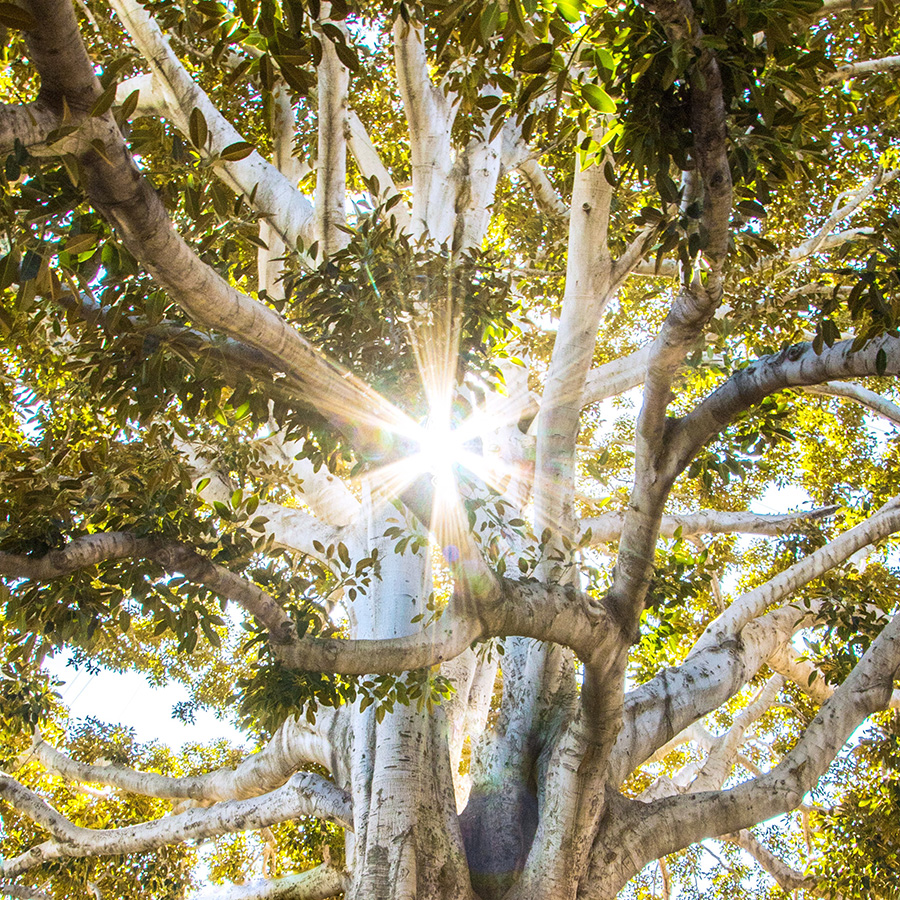 In the Wake of Adversity – Movement to the Rescue, by Paola Blanton

How embodied knowledge came to my aid in a natural disaster.

In “Dancing in the Streets”, Barbara Ehrenreich examines the most primal motivations for rhythmic synchronized movement among primitive peoples.  She suggests (and I agree) that the ability to respond to danger by springing into united readiness, action, and synchrony could have been a survival tool for tribes facing predators much larger than the average human being.  A saber-toothed tiger, for example, could easily take one man down.  But an entire tribe moving together and waving its arms and yelling could look like much bigger adversary, better left alone in favor of smaller, easier quarry.

A few weeks ago, I didn’t face a saber-toothed tiger, but I was completely shocked and ambushed by a freak flash flood that tore through the region I live in.  The coastal Atlantic rainforest of São Paulo, Brazil, is where I’ve made my home and studio since 2010 – an open glass and wood house high up on hardwood beams where I meditate, dance, think, teach, create, and commune with the vast wild green and creatures of the jungle.  It’s a crucible of creativity I’ve named Casa Musa, in honor of the Muses and the gifts they bring.

I remember the kind of Friday it was – sweltering and stagnant, the kind of day when you would take your own skin off to try to cool down. It had been that way the whole week, just scorching and breezeless. Word on the street was that a cold front was coming in from Argentina; great news for the surfers, and the last time I will ever ignore the words “cold front”.  What that cold front did was to activate all that hot air that hung at the top of the mountain ridge, causing it to dump its content all over our region in a flash lasting about 45 minutes, yet wreaking havoc that we are still reeling from. Now add to the mix the fact that it’s a full moon AND the initiation of a Mercury Retrograde!

When the water came, I was sitting on the couch in my second-floor living quarters, working on my Gabrielle Roth 5Rhythms project for Brazil.  Happy and enthused, it was the perfect Friday evening activity for me, alone with my cats, cable TV, and a cup of tea.  I remember how strongly the rain came on – howling winds and lightning filling the sky as the downpour began.  I battened down the hatches for a storm, as usual, and went back to my work, oblivious to the fact that a meter and a half deep lake had formed around the house, drowning my car and infiltrating the ground floor.

My neighbor’s frantic screams brought me onto the second-floor veranda, where all I could see was swirling brown water filled with furniture, yard tools, branches, uprooted plants, and bicycles.  Shock and disbelief gave way to frantic calls to Brazilian 911, which proved typically frustrating and fruitless.  I realized I was alone, completely alone in the jungle, with nothing but my wits to calm me in the middle of a freak maelstrom.

As it turned out, my wits came from my body.  For the past few months, I’d been working on spine and leg consciousness, inspired by Martha Graham’s writings on the spine as the “tree of life”.  My practice and moving meditations had been focused on projecting the spine down through the core of the Earth, and projecting the legs and feet into a deep root system, firm and strong, conscious and stable.  As I circled through the house, observing the water climbing up the stairs, my body took me to the center of the house.  I felt myself spread my feet, planting them firmly onto the floor with ujai pranayama seemingly self-initiating.  I started to project my consciousness down my spine, legs and feet and into the actual legs of the house.  My consciousness descended like a scuba diver into the submerged depths of my house, checking the beams, rooms, and foundation.  The message shot back: “This house ain’t going NOWHERE!”

The waters receded as quickly as they came, and there was really nothing more to do that particular night except try to gain some uneasy sleep in preparation for facing the chaos in the morning.

And chaos it was.  Inches-thick mud covered ever surface imaginable.  The pool was full of mud and dead animals, the car was inundated, furniture in the trees, clothes and sheets filled with mud, debris everywhere, ravaged trees and plants and pieces of broken cars and houses everywhere.  A team of my friends showed up to help me with the initial push, which is the removal of the mud.  A few days of mucking and washing would follow as we had to push about four inches of mud from every crevice of the ground floor.  My emergency crew of friends worked with me tirelessly till we had finished mucking my house on day one.

But I could not leave my neighbors’ houses without intervention.  They are absentee owners and if the mud was left to dry, it would cause serious rotting and damage.  So I had to rally the troops I had left to the task at hand. Problem was, my “troops” had dwindled down to the terrified 20-something couple that work as the “caretakers” of our “condominium”.  Blankly they stared at me as I instructed them as to the mud removal.  Completely out of sorts, they would wander about, brushing here and there, moving randomly, totally unfocused and getting absolutely nothing done.  I wanted to cry.  I was tired, but quitting was not an option.

Then, a flash of insight happened, just like the scene in “A Clockwork Orange”, when “sweet music came to Alex’s aid”.  I went to my stereo system and blasted Bolshevik Revolution music and said to the caretakers, “Let’s get into a rhythm!  I push, you pull, you push it out the door. Let’s go one room at a time and just keep the rhythm of the music, and the rhythm of our movement.”  By god, it worked! Lulled by the marching rhythm, we entered a sort of trance and worked long into the night until mucking day number one was finished.  I laughed to myself at the utter comedy of the situation, which helped lift my spirits in that horrid situation.  I imagined Russian farm workers on a collective, singing work songs and keeping the rhythms of the scythes going until the harvest was complete.  Rhythm gave me strength and humor at a time when I needed it most.

And I was to need a LOT of strength and humor, because in vintage clusterfuck style, a LOT more was to go wrong in the weeks to follow, simply due to the ineptitude of companies and institutions here.  Telefonica, the Brazilian national telecom fiasco, decided to cut my service the next day, due to some “bank clerical error”, which here – guess what, is YOUR problem.  I went over ten days with no phone service and no way to call for help except to wade my galoshes through the enswampment to a nearby store.  Bandeirantes, the Brazilian national energy fiasco, decided to cut power several times for “systems upgrade”, the absurdity of which I will not waste more words.  Time and time again, help promised never came.  Workers contracted would either not show up or try to gouge for absurdly high day rates meant to capitalize on misfortune.  The mechanic I hired to dredge my car ended up killing it through inexpressible incompetence – even I knew you don’t start a car the same day it had been in a flood – and then had the audacity to charge me obscene sums for destroying my car.  Garbage piled up along our street and raised an infectious stench as the trucks were nowhere to be seen.  When the phone finally came back on, I fought with the waste management company until they finally came and collected the trash.  On and on it went.  I simply went ahead with all of the post-flood recuperation work and kept my nose to the grindstone, unable to even cry it out, just slogging onward day after excruciating day. And every time it rained, I would panic.

I dreamed of rain and floods, reliving the fear and panic over and over again in dream-state until I realized “I’m post-traumatic!”  The experience had lodged itself in my psyche, bones, and cells.  My energy reserves were so low that I began to fear illness.  With nowhere to turn, another flash of insight came to me: I had to exorcise the trauma, or I would spiral downward until it defeated me.

An ipod shuffle brought on “In the Wake of Adversity” by Dead Can Dance.  I kid you not; that is the song that came to my rescue! I played that song over and over with eyes closed and simply allowed my body to do what it needed to do to express the trauma of the past few weeks.  Repetitive movements came out like ticks – I let them come and let them go until their stories had been told, remembering what Gabrielle Roth wrote about repetitive movement being the body’s way of cleansing the soul. I contracted and writhed, head heavy, hands searching, crawling the floor and pushing up against unimaginable weights.  I reached and clawed, allowed myself to morph into animal shapes that came over my body in succession.  Expanding and contracting, concentrating on the void at the center, I finally cried – a flash flood of cleansing tears that washed away the buildup of stress, effort, fear, exhaustion, frustration, betrayal, and panic of the past few weeks.

I cried myself empty, then lit a candle to my Guardian Angels, past, present, and future.  I thanked the Source for the gifts of center, movement and rhythm, for the wisdom living in my bones and cells that helped me pull through adversity and the wake of adversity.  From this, I circle back to my philosophy of the dance as the culmination of embodied knowledge.  Never justify the practice of dance or movement. Because movement is the only verifiable state of the Universe, and when everything else is stripped away, all you have left is your ability to move through the void.