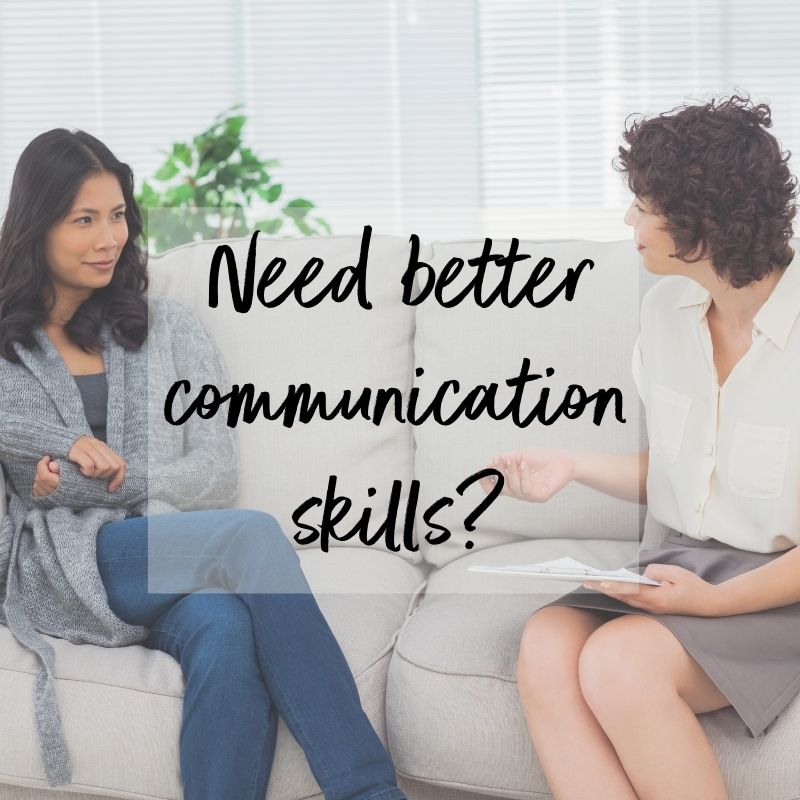 Honestly, even though I love to communicate and have learned some helpful skills at effectively communicating, I can still feel so scared to communicate, get triggered while in heated conversations and feel defeated before, during or after communicating with someone about something that brings up a lot of triggers, emotions or defenses.

Will I say the right thing?

Will they hear me and not jump into defense mode?

Ugh, why does communication have to feel so hard or scary at times???!!!

When I’d first started the online life coach certification program, with Leadership That Works back in 2012, one of the main instructors and founders of the school said something to me on a group call. It felt so sh*tty in the moment. I felt embarrassed in front of the group and I knew I wanted to communicate with her about it.

As I sat there in the living room at my desk, I tried to type out an email. So many words, so many thoughts, so much I wanted to say that I felt overwhelmed, scared and intimidated.

Would I say the right thing? What did I want to say anyways? Would I offend her or hurt her feelings? I knew I had to communicate about how her words affected me, but it felt like there was so much, too much to say that would cloud the simple truth.

A friend I was living with at the time must’ve walked into the room during my quandary and I told him about my struggles. As we spoke, I told him how I was feeling and what I wanted to say, but it still seemed like too much to put into an email. I wanted to be straight and to the point in a respectful and honest way.

Then, I realized, with his help, that I could use the simple four part communication framework of NVC, or Nonviolent Communication, which was founded by Marshall Rosenberg, of which this lead trainer in the new coaching course I was taking, was actually a trained facilitator in.

Needless to say, The email ended up being about five or six sentences long, due to using the NVC framework, and I got my point across to her in a succinct, honest and real way. Later on, we set up a time to talk to clear the air, after she responded to my initial email.

Honestly, communicating effectively is one of the best skills we can have. It’s not always a cookie cutter approach that works, but when we learn skills like NVS that we can use and mold to suit the specific situation we may find ourselves in, effective communication skills can be invaluable.